The former manager of singer, KCee revealed during a question and answer session with his fans that he regrets not signing Patoranking and Teni.

He recounted how Patoranking would always take Okada from Ikorodu/Ebute Meta to meet him several times with his demo CD.

He noted how the ‘Abule’ crooner would beg him to sign him but he couldn’t.

Now, he regrets his decision as Patoranking is way bigger than the artiste he chose to sign.

“Why I didn’t sign Patoranking & Teni when I had the chance to especially Patoranking, he was taking okada from Ikorodu/Ebute Meta to meet me several times with his demo CD. Begging me to sign him but I couldn’t sign him then, but later signed someone else that Patoranking is 100 times bigger than today”. 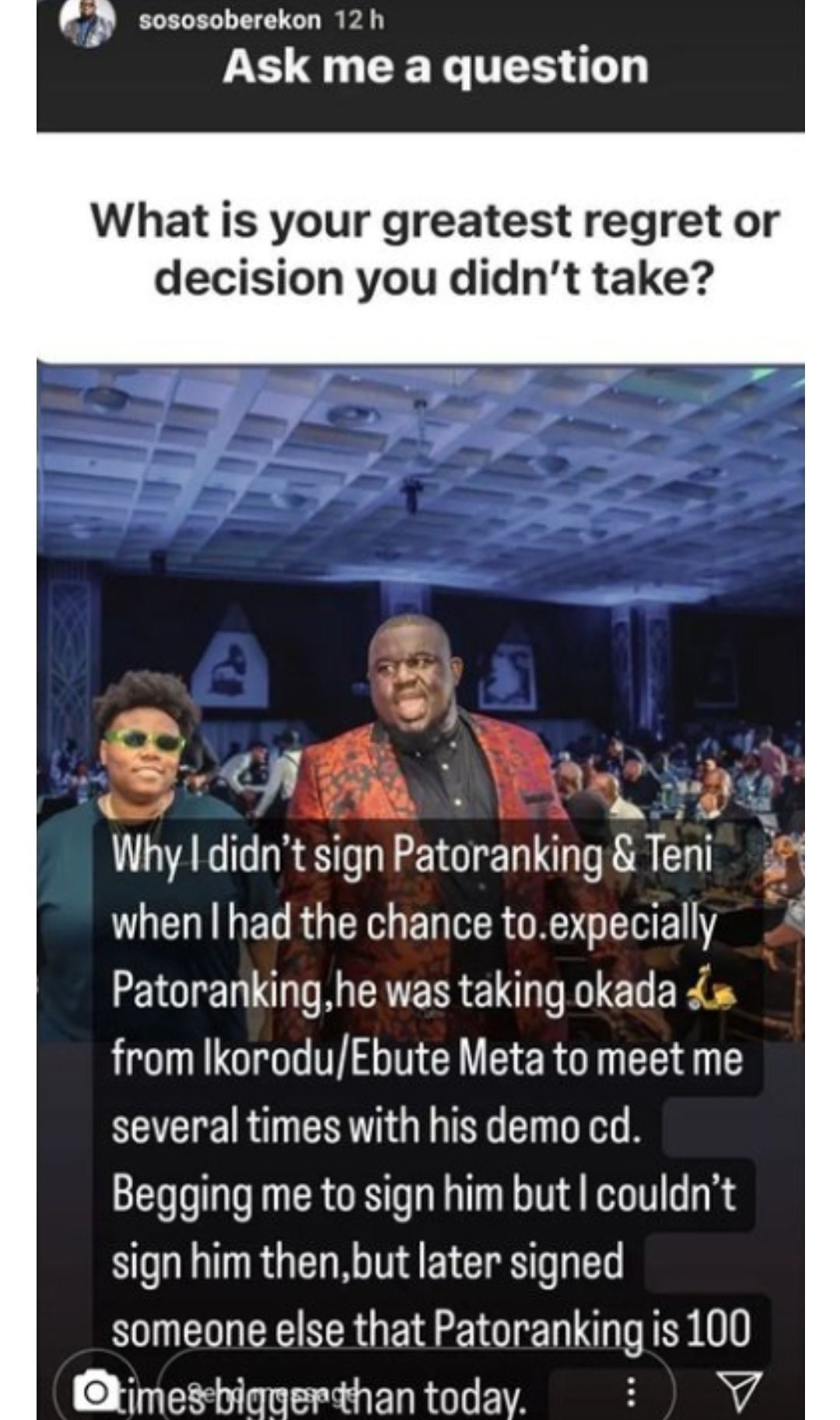 Soso Soberekon, The Biggest Concert of the Year, will be hosted by me in Port Harcourt.